Using a nuclear technique applied at a large scale against agricultural pests around the world to control disease-transmitting mosquitoes has been an elusive goal for scientists over the last decade. Thanks to a US$ 3.96 million grant to the IAEA by the U.S. Government, important milestones have been reached in recent years. The research has been implemented in cooperation with the Food and Agriculture Organization of the United Nations (FAO).

Optimizing the mass rearing of mosquitoes for sterile insect technique (SIT) applications and improving technologies to separate males from females, both being crucial for large-scale implementation of the technique, are key outcomes.

“The focus of this research was to develop the SIT package for disease-transmitting mosquitoes, with an emphasis on the Aedes mosquito which transmits the Zika virus, and to pass on this technology to the Member States,” said Rui Cardoso Pereira, Head of the Insect Pest Control Section at the FAO/IAEA Joint Division of Nuclear Techniques in Food and Agriculture. “Thanks to this grant, more advanced and cost-effective tools are now available for any country wishing to carry out pilot trials.”

More than half of the world’s population lives in areas where this mosquito species is present, according to the World Health Organization (WHO). In addition to the Zika virus, the Aedes mosquito also carries viruses that cause chikungunya, yellow fever and dengue fever, among others.

SIT is an environment-friendly insect pest control method involving the mass-rearing and sterilization, using radiation, of a target pest, followed by the systematic area-wide release of the sterile males by ground or by air over defined areas. Released males mate with wild females resulting in no offspring, which leads to a declining pest population.

One of the main challenges in SIT when it comes to mosquitoes is separating males from females in order to ensure that only sterilized males are released into the wild. Eliminating reared female mosquitoes is essential for safety reasons, as they, unlike males, can transmit viruses. It is also useful for SIT programme efficacy: Since the goal is for sterile males to mate with wild females, releasing sterile females introduces more competition for mating and may delay progress in suppressing a pest population. 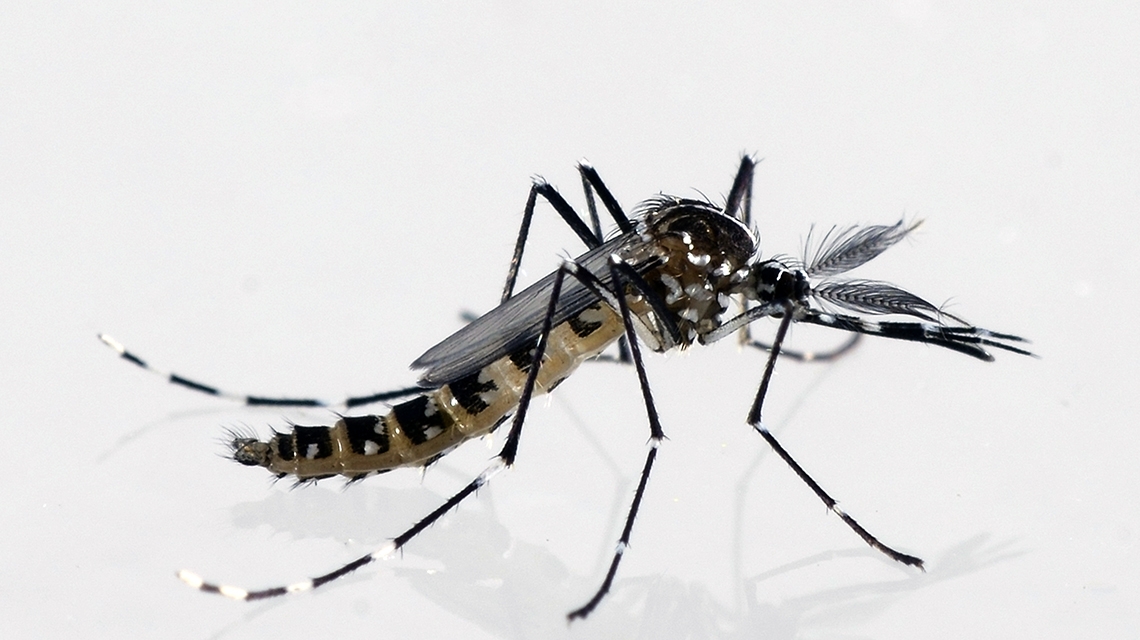 Thanks to the U.S. grant, scientists have found a two-step process to tackle this problem. Using radiation, they trigger the emergence of natural characteristics unique to females or males, which will subsequently enable scientists to clearly differentiate males from females. In the case of Aedes aegypti, they have identified a genetic sexing strain that brings out red eye colour in females that has so far showed favourable results.

Second, a laser prototype that uses this difference in eye colour to sort the mosquito pupae by sex was tested on three species of the Aedes mosquito. It had excellent results, leading to a very high recovery rate for the males with an extremely low rate of female contamination, an important element to ensure that no females are accidentally released into the wild, Cardoso Pereira said.

Another challenge is scaling up and optimizing SIT technology, which is necessary to ensure the feasibility of large-scale implementation and cost effectiveness, Cardoso Pereira said. Testing the technology for mass-rearing conditions simulates how it will be used outside laboratory settings and reducing its costs will make it more affordable.

Certain core elements of SIT technology were made more cost-effective as a result of this research and development (R&D). As an example, the original designs of racks and cages to mass rear the Aedes mosquito used stainless steel, a relatively expensive material. Switching to aluminium and plastic frames greatly reduced the cost of the racks and the cages, without comprising performance, Cardoso Pereira said. It has decreased the cost per unit of the cages tenfold with no difference in the mosquitoes’ performance and made the racks three times cheaper without a change in production efficiency. Researchers were also able to reduce the cost of the larval diet for the mosquitoes by more than 50% by changing its composition using proteins derived from insects.

Funds from the grant were used to employ eight staff and to set up the appropriate infrastructure and equipment needed for the 34-month period between September 2016 and June 2019, over which this R&D was conducted.

Following the success of this R&D project, the U.S. Government provided an additional contribution of US$ 1.47 million starting in July 2019 to continue the project activities for another year, with a focus on transferring the technology from the laboratory to the field.